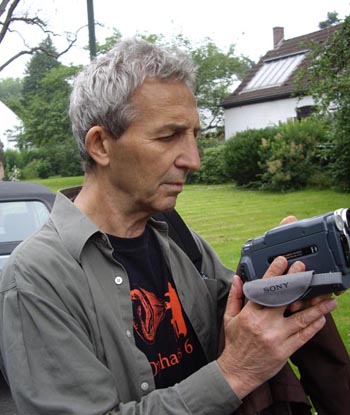 Jeff Perkins, whom Nam June Paik called the "Fluxus cabdriver" has collected hundreds of interviews with passengers in his cab over the years. He also worked as a cinema programmer in Venice in the surroundings of UCLA film school and made contact with the (up to lately relatively obscure) artist Guy de Cointé, got involved into fluxus through Yoko Ono and has been working with film, performance, light installations and -shows. He has finished his feature film about his friend and mentor, Sam Francis, this year. For more on jeff, go to Movies4theBlind.com.